The Audio Book and Library Exchange (ABLE) is one of the primary public awareness programs offered by Live to Run Again (LTRA). Listening to audio books in the car can be a great way to help drivers stay alert while they are driving. Although we caution that it may not be the perfect solution for everyone, many drivers find audio books to be an interesting and useful way to maintain focus and stay awake. Combined with good trip planning, rest breaks, and and effort to make sleep a priority, audio books serve the dual purpose of encouraging safety and providing entertainment. 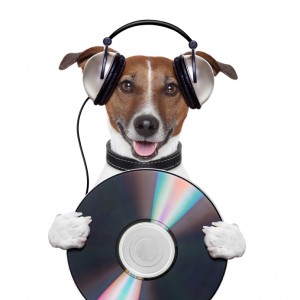 librarians bring collections of audio CDs  to canine performance events, mainly agility trials, so their fellow exhibitors can borrow audio books to listen to on their drives home and wherever they are going. Many drivers begin looking forward to their next car trip so they can continue listening to the story. The libraries are free and run on the honor system. We encourage 1 or 2 books to be borrowed at a time so that as many people as possible can make use of the library. The borrowed CDs are then returned at a future event so someone else can use them. The library books  are obtained through private and corporate donations, purchases from discount booksellers, and legal downloads.

In addition to traveling libraries, some dog clubs and training facilities host an LTRA library as a permanent fixture in their building. People who come and go to training classes and events can make use of the convenient on-site library. Volunteer librarians are responsible for helping to maintain and organize materials for these libraries.

We are always in need of CD audio book donations and materials that will help the librarians continue their mission of providing a convenient and safe way for canine sport enthusiasts to stay alert behind the wheel, fight the good fight against drowsy driving, and ARRIVE ALIVE! We also encourage exhibitors to visit their public libraries often and use audible.com to download books that interest them.

Meet Some of Our Librarians

LTRA is extremely fortunate to have a large group of dedicated volunteer librarians. There are ABLE libraries in many US states and parts of Canada. A handful of photos and bios appear below. This list is under construction. All LTRA librarians are welcome to send in their information or updates if they wish to. 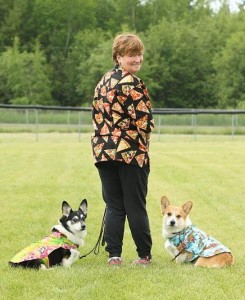 Chris has been an agility competitor for about 13 years now, with Pembroke Welsh Corgis, in Minnesota. She says, “I am also fortunate to work for Penguin Random House, a publisher that has donated thousands of audio books to Live To Run Again for many years. I’ve been able to provide a dozen or so new ABLE librarians with a “starter” set of titles, and usually have a bin at local trials. I know of at least two people who’ve credited ABLE for saving their lives and am proud to be a part of LTRA.” Chris is now an “at large” board member for LTRA. 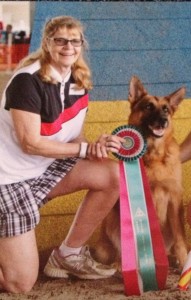 Konnie is a retired professor and international educational consultant. She maintains the LTRA library at the Y2K9s building near Philadelphia. She is the proud companion to her three German shepherds. Though she has had German shepherds all of her adult life, she is finally spending most of her time traveling and trialing with them now that she has the time. Over the years her treasured ones have received obedience (UD) and tracking (TDX) titles, but in recent years she has begun to compete in additional sports such as agility, rally, nosework, and Schutzhund. Caeli, at 11.5, is her pride and joy because she has accomplished more than any other dog Konnie has ever had. In agility, Caeli is an ADCH in USDAA, MACH 6 in AKC, and Elite in NADAC, as well as a SchH 2, CGC, CDX, TD, FDCH. She is also a therapy dog. In AKC, she has many agility titles beside the MACHs including VCD2, RE, MXB3, MJB3, FTC1, MFC, TQX, and T2B. She was invited to the AKC Invitationals as one of the top 5 GSDs for the past 4 years. She is now retired from agility and is competing for the TDX and Nosework titles. Her youngest girl, Teeka, is just 3 and is about to achieve her MXP and MJP. Her 5-year-old boy is working on his UD, RAE, TD, and Nosework titles and is about to achieve his MACH 6. He is doing therapy dog work as well. Konnie comments, “I’m very interested in working for the LTRA library for Y2K9s because with all the trials we attend, I’m on the road with my dogs many days during the week. It is very important for me to have my audio books to keep me awake as I travel along. LTRA is a fantastic way to help those who do love our companions and want to make sure we are all safe.” 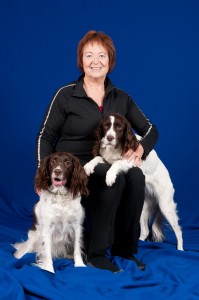 Janet lives in Winnipeg with her husband and our three English Springer Spaniels. Janet says, ” I am recently retired but still co-own Hi-Flyers Agility Training where I teach agility two nights a week. I have been involved in agility for almost 30 years. I compete in NADAC, USDAA and AAC, locally as well as in Saskatchewan, Minneapolis, and Minot. I have also competed in obedience, rally O, disc, scent hurdle racing and flyball. I learned about the Live To Run Again library from a friend in Minneapolis. It is only in the last 5 years that we have had more local trials – until then we travelled a minimum of 8 hours to trials – and especially looked forward to stocking up on audiobooks from the LTRA library in Minneapolis for the trip home. That’s when Chris [Mosley] convinced me to start my own chapter in Manitoba.” 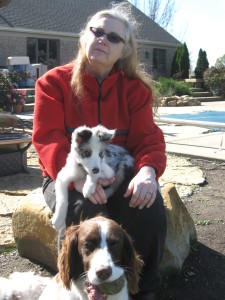 Erica is the president of Queen City Dog Training Club in Sharonville, OH. She has been playing agility since August 2007 with her Brittany, and she has recently started trialing her first BC. She is a long-time foster home for National Brittany Rescue (NBRAN), and in her spare time she is also an AKC licensed trial secretary. 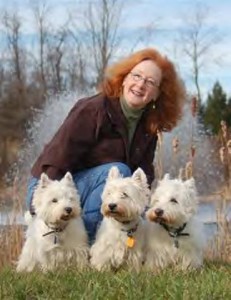 Lynn started competing in agility in 1995 with her first West Highland white terrier while also participating in obedience and earthdog activities. She has continued to enjoy agility with her Westies and recently added a Cardigan Welsh corgi to her pack. She has also exhibited her dogs in the breed ring, rally, tracking, herding, and most recently, barn hunt.

Lynn comments, “I am a librarian in my professional life, and I am glad to help spread the message for LTRA at the activities that I attend. I had a few scary moments myself a few years ago when I was multi-tasking too furiously at work and trying to manage a personal issue. One evening coming home, I felt myself nodding at the wheel and fortunately I had the presence of mind to pull off the road into a shopping center where I stopped the car and I immediately fell fast asleep for an hour! Please stop and rest if you feel drowsy while driving!”

Marsha considers herself a typical agility competitor. She is an accountant at a small manufacturing firm in Pueblo, CO. 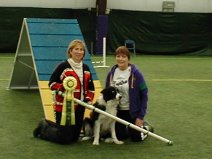 She says, “I’ve always been a dog lover. I grew up in the country with dogs as family pets. In my youth they were my hiking companions as I explored the Rocky Mountains. Later I participated in Obedience, Rally ‘O, and UKC Hunt Tests. A little over eight years ago my sister offered me a border collie puppy from a litter she’d bred. Having heard what terrors an energetic young border collie could be, I selected the biggest and most easy-going one, her personal favorite. I’d considered doing agility but was undecided. On March 21, 2014, at the Rocky Mountain All Terrier Trial, in Denver, CO, Goin’ Jake earned a PACH! At this time ours is only a two-dog household. We also have a six-year-old beagle whom I hope to put a PACH on someday too.”

We acknowledge the many unsung hero librarians who may no longer be active but played a huge role in keeping our grassroots effort going for nearly 2 decades since the founding of Live to Run Again. For anyone who has ever served as one of our librarians, thank you, thank you, thank you. You surely played a role in saving lives by enabling many drivers to choose entertaining audio books to help them remain alert and focused.