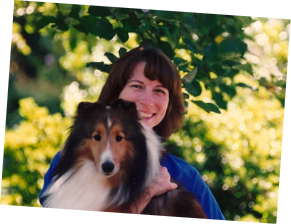 How many of you can identify with a persistent search for one last leg for an agility title or with driving to or from a trial with too little sleep to avoid missing work? Most of us would say yes to both. That is why this story is significant for the agility community, because we all realize that “there but for the grace of God, go I.”

A gentle, intelligent, witty friend who loved dog agility was lost in a tragic car accident, spending her weekend like so many of us spend ours. 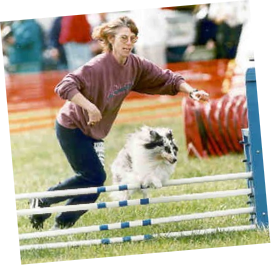 Jane had always loved dogs. She had started to participate in obedience and breed shows as a teenager. Then college and marriage intervened, followed by a period of teaching abroad. On returning to the states, Jane’s interest in people and science led her into a career as a nurse and instructor, specializing in labor and delivery. She also had two children of her own.

Once back in the states and settled, Jane also renewed her love affair with Shelties. She started in obedience with Meygan and continued with Duffy and Kelly. In 1993 Jane discovered dog agility, and much of her energy became focused on this new, exciting sport. She became an avid trainer and a hard-working member of the agility group in a local dog training club.

Jane acquired two additional Shelties (Emily and Marley) and introduced them to agility. When a new agility club, Tail Blazers, was starting up, Jane was in the forefront of its development. As the club’s first training director, she worked tirelessly to develop a competitive training program.

Although Duffy remained her fa 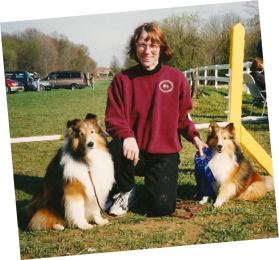 vorite, her smallest and fastest Sheltie, Kelly, competed at national agility events and earned her AKC MX and AXJ titles, all Elite NADAC titles, and all but one leg for her USDAA Agility Dog Champion (ADCH) title.

On April 1, 2001, Jane and her husband, Tom, were returning home from an USDAA agility trial. Jane needed one Gamblers leg for Kelly’s ADCH. Although she and Kelly qualified and won first place in Masters Standard that day, in what turned out to be her last agility run, they didn’t capture that elusive last leg in Gamblers. On the way home, Jane fell asleep in the front passenger seat. Unfortunately, her husband, Tom, who was driving, also dozed off. The car left the road and struck a tree, killing Jane instantly. Tom and their three crated Shelties escaped with only minor injuries.

Jane’s experience working with people from many nationalities and walks of life, teaching students and training nurses, all contributed to her facility in dealing with the most difficult people. She had a knack of helping her friends in difficult situations, aiding in their growth and development. A tireless worker for organizations she supported, and liked by all, her untimely death was a terrible blow to her family and friends. 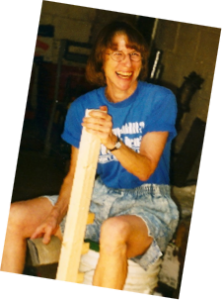 At her memorial service, Tom asked everyone to spread the word about the dangers of this type of accident and preventing it. To honor Jane’s lifetime of helping others, Jane’s friends decided to make something good come out of this tragedy, and the seeds of the Live to Run Again organization were planted. We are still embarked on this mission. In September 2001, Jane’s husband and friends held their breath as Jane’s close friend, Erin Schaefer, ran Kelly in another Master Gamblers course. As the judge gave the “thumbs up” to acknowledge getting the gamble, the crowd cheered and cried all at once. Jane’s little Sheltie had finally earned her last elusive Gamblers leg and attained her USDAA Agility Dog Champion title. 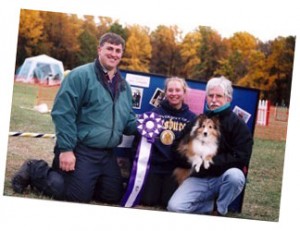