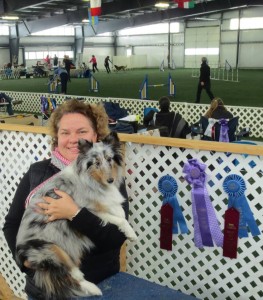 is originally from the Baltimore area, and she has a background in editing, writing, and teaching. Trisha has a bachelor’s degree in English from Towson State University and a Master of Liberal Arts from Johns Hopkins University. When not running agility courses or spending time with her pack, she edits medical, technical, and scientific publications and tries to find time to travel and do other fun things as well. She and her husband, Wes, have been participating in agility events since 1991 and have earned many titles with Shetland sheepdogs (Tilly, Amber, April, and Lydia) and Pembroke Welsh corgis (Zarli, Aggie, and Inga). Wes and Trisha live in Bucks County, PA, with their dogs and several rescue cats.

Trisha has served on the board of Live to Run Again (LTRA) since 2003, becoming president after Tom Callaghy’s retirement. She also serves as the webmaster for the LTRA website. In honor of her friendship with Jane Callaghy, LTRA will always be a special cause to Trisha.

has a bachelor of science degree in animal science from Delaware Valley College. She started her career working with 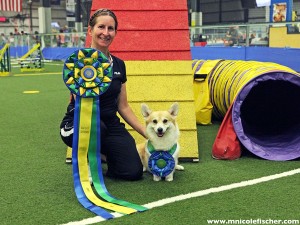 farm animals and transitioned into dog training, where she has been active more than 20 years. Jacky is the vice president of Live to Run Again and is currently the training director for Keystone Agility Club. She has one daughter and lives in Coopersburg, PA.

Jacky has titled dogs of various breeds in conformation, obedience, agility, rally-o, and freestyle. Jacky’s main goal in dog sports instruction is to clarify and improve the dog/human relationship using positive reinforcement. In 2012, Jacky became a CPDT-KA (Certified Pet Dog Trainer-Knowledge Assessed). Her real job is customer service manager for a small laboratory supply company that focuses on enriching animals used in research. Jacky has been a long-term supporter of the Live to Run Again cause to raise awareness about drowsy driving.

is an “at large” board member for LTRA. She has been an agility competitor for about 17 years, with Pembroke Welsh corgis, in Minnesota. She says, “I was also fortunate to work for Penguin Random House, a publisher that has donated thousands of audio books to Live to Run Again for many years. I’ve been able to provide a dozen or so new ABLE librarians with a “starter” set of titles, and usually have a bin at local trials. I know of at least two people who’ve credited ABLE for saving their lives and am proud to be a part of LTRA.” 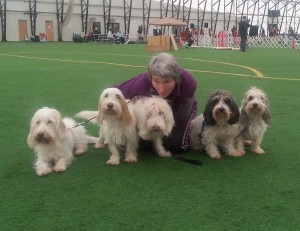 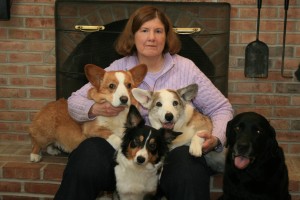 has a BS in biology, a BA in business administration, and an MS in microbiology. She retired from the research and development division of a global pharmaceutical company, where she was a Director of Global Regulatory Affairs. She and her husband, Jim, live in northern Chester County with their four dogs.

Barbara has been active in dog sports since her first Cardigan Welsh corgi competed in obedience in 1981. She has titled multiple dogs in obedience, agility, rally-o, flyball, and herding. She is currently a member of the Cardigan Welsh Corgi Club of America, Del Bay Herding Club, the Dog Training Club of Chester County, and the Canine Airways flyball team. Barbara competed in agility for 12 years, where she was friends with Jane Callaghy. She was an active club member in several agility clubs, serving as trial secretary or chairman for many agility trials. She is currently competing in herding, flyball, and rally-o with three of her dogs (a Cardigan Welsh corgi, a Labrador retriever, and a border collie). When not working with her dogs, Barbara enjoys reading, some writing, and visiting friends. Barbara has been a supportive board member who promotes awareness about the dangers of drowsy driving.

We are grateful to former board members Shirlee O’Neill and Kathy Morgan for maintaining our former Web site and creating some of the content used on this site.

Lynn Hull was a retired Philadelphia school teacher from Fort Washington, PA. She and her husband, Andy, had two sons and daughters-in-law and two grandchildren. She began training dogs in obedience in 1994 with her first rescue lab. Lynn and Andy rescued another lab in 1997 and in 2001 moved on to flyball and agility. They had many dogs including border collies, Quiz and Flash; a lab, Casey; and a mixed breed, Prize. Lynn competed in flyball and agility and also in rally obedience and hope to shortly in disc. Lynn also enjoyed therapy dog work through Therapy Dog International (TDI).

Lynn was a member of Y2K9s Dog Sports Club, where she served on the board for several years. She taught classes in basic canine manners, therapy dog/canine good citizen, basic agility skills, and rally obedience. When not involved in dog sports and training, she loved to read, swim, hike, and spend time with friends. She was instrumental as a board member of LTRA who embraced the cause of  promoting national awareness of what can happen if you drive drowsy.